Transparency and brand safety: two buzzwords that have been spurring industry transformation over the past few years. It’s hard not to think about trust – an even more endemic issue – when talking about the two.

Langenfeld firmly believes that there is currently a trust issue and that as the industry continues to fragment that problem will become more acute: “People don’t know who to believe. And that’s why companies like DoubleVerify exist to try and help provide more transparency and help build that trust for brands and for agencies.”

Trust is a process, add Sanga and Chaudhary, and the larger players are slowly aiding progress.

“It’s a journey”, says Chaudhary. “Even in the traditional medium, if you bought an ad and you verified it 10 times, probably the fiftieth time you will say, ‘okay, I trust this guy’. And especially in the digital medium where it’s so dynamic and it’s so real-time you need verification partners such as DoubleVerify or IAS to actually help you gain that trust. Without that verification layer, what are we talking about?”

Not every player can be tarred with the same brush. Some companies are transparent, but on the whole, it does feel like the industry is untrustworthy, particularly from the brand’s point of view. So how can the good actors in the industry distinguish themselves from the bad?

Sanga believes that if you practice the right things, and move away from the commission-based model to a manpower FTE model, brands will trust you much more readily.

He explained: “That simplifies the value chain and all the dodgy stuff that goes on. It becomes clarified and their perception of you as a service provider becomes cleaner.”

The panel was asked how the industry can come together on brand safety and transparency in terms of regulation.

Chaudhary insists that there needs to be stricter regulation. “Something which comes from industry bodies which are not there to make money, not from Facebook and Google. There needs to be regulation which comes out from the likes of IAB released Digital Audio Ad Serving Template. It’s not a regulation, it’s a recommendation, but it definitely takes the industry in a forward direction.”

M&C Saatchi Performance works a lot in the app space. The majority of ad fraud or brand safety issues come from Android, he claims, and despite it being an advantage in many ways, this comes as a result of the operating system being open source.

“You hear of apps being thrown out of the app store by Google. You won’t hear this from iOS because what Apple has created is a clinical system. Google has their own biases towards certain kinds of partners. The problem is that they’ve created the Android ecosystem which gives fraudsters a pallet to paint or creative fraudulent.

“A company like Google could clearly close it down or make more regulations, stricter for apps when they come on the app store, but they’re not taking the push approach. They’re taking the pull approach where they are actually going in detecting ads that are doing fraud instead of actually not allowing apps at all. “It’s reactive versus proactive.”

How serious is brand safety?

In September, the IAB released research which looked into the different layers of brand safety, particularly in this region. They found that global brands were taking it very seriously, but discovered that local brands perhaps weren’t as keen to engage.

Langenfeld clarifies that global brands tend to be the early adopters of brand safety, but local brands need to take it more seriously: “Often what we see is that it’s not a problem until there has been a problem. When there’s a brand safety incident, that’s when people come crawling and want to have those conversations when really, we should be thinking about that upfront.

“It’s great that the global brands are taking it seriously, but are advertisers then localizing that for the nuances in this market. What works in Australia and Singapore may not work in Indonesia and Malaysia for example. So are you taking local nuances into account?”

Double Verify recently released a study which said 67% of consumers would stop buying a product if it was next to questionable content. “That’s a pretty large statistic,” Langenfeld explains. “Whether you’re a global or local brand, it’s certainly something that you need to really start thinking about.”

“Those two need to work in conjunction for you to avoid any kind of salacious ads appearing against malicious content. Most people look at brand safety, think pre-campaign launch and believe they’ve ticked the boxes.

“Brand suitability is a far more suitable term because it’s what’s happening in real-time. We’ve seen a lot of those examples of brand suitability that needs to be enforced more. And that’s where partners like DoubleVerify, White Ops and so on and so forth play an integral role where in real-time you’re looking at every impression and cleaning it up.”

Often, we see finger-pointing when it comes to brand safety and transparency, but no one wants to take responsibility in doing the hard work of cleaning up.

“As an industry, we all need to work together,” says Langenfeld. “You know, the publishers, the supply, the agencies, the brands all work together to make sure that we’re trying to clean it up.”

Sanga believes that most of the suspicious activity happens on the supply side: “The demand side can’t do any fraud. What can a DSP do or what can an agency do in terms of fraud? The supply chain is what needs to be cleansed. The publishers, the exchanges, the aggregators, the media entities. As long as those people are responsible for it, the value chain will become simplified.”

“A prime example of this is the ongoing Fetch Uber case. It is a very simple case in which an agency has probably not looked into the issue at length and Uber has caught it earlier than them and they basically sued them. I wouldn’t say who’s on the right side of this. We don’t know, the litigation still going on. But I would say that it’s very good for the industry. It helps in education. A company like Uber whose kind of trying to grow and increase their user base, they’ll think twice before just ramping up their campaigns and performance marketing without having the practical steps in place.”

Sanga adds that a good starting point is to stop spending money on Google and Facebook, to start planning media outside of them and work with partners.

The majority of investment in Southeast Asia is with the Duopoly, he adds. “Why aren’t we going inside their boxes and opening their kimono and asking them to do the same thing that 20% is being asked for?

“The industry can’t change because the source of the budget needs to change. Google needs to become responsible… they need to open the kimono a little bit as they say in Japan.”

If you enjoyed reading this post, please check out this blog too 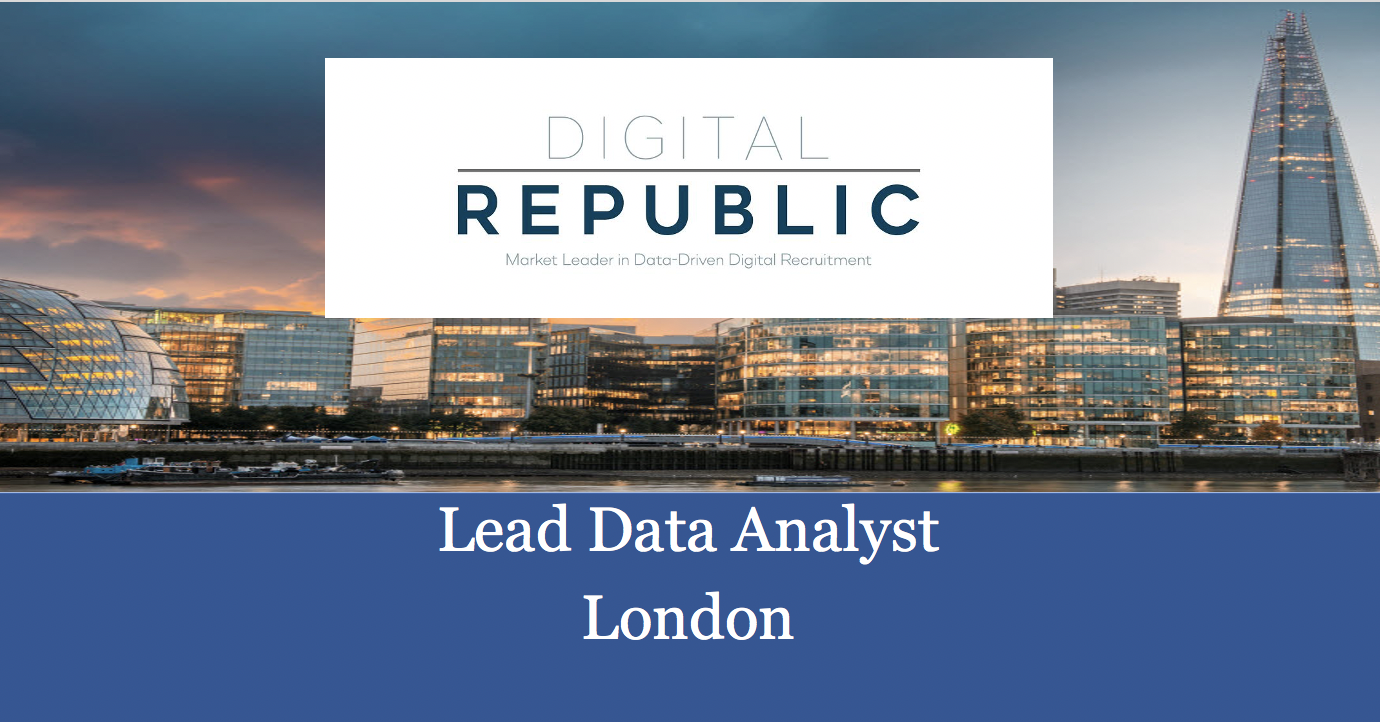 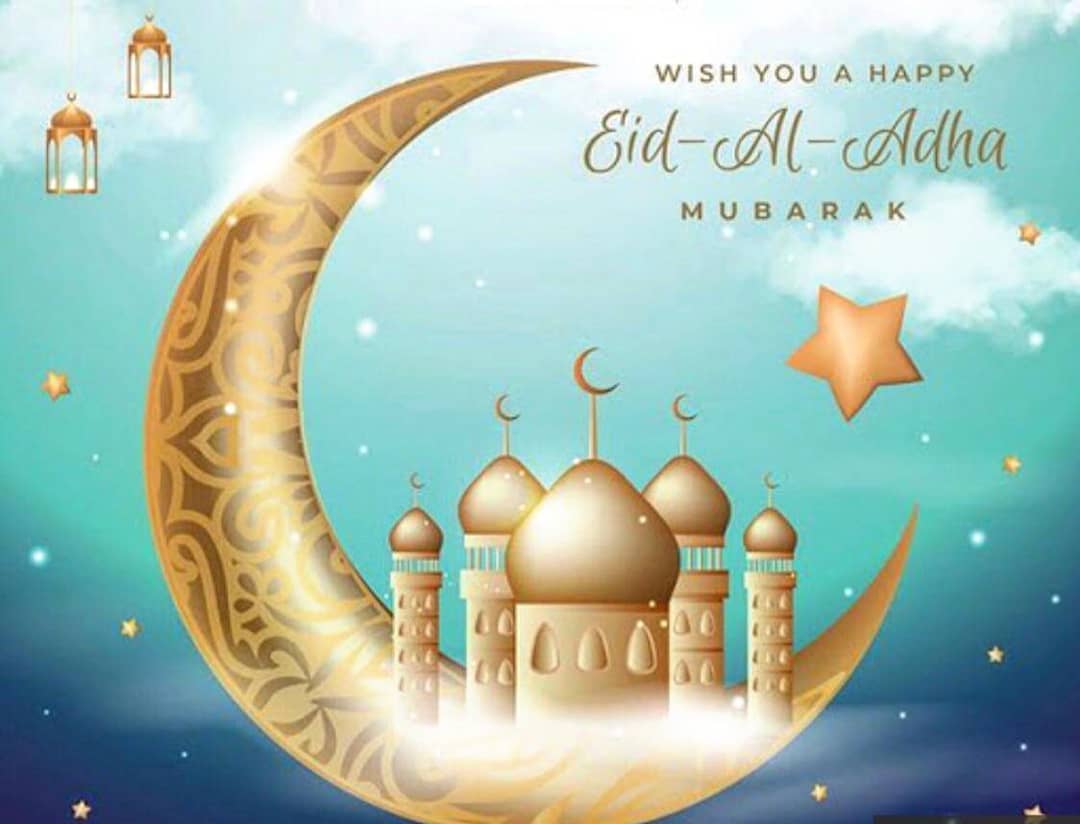 Congratulations to Abid Khan, our specialist Principal Consultant of #DigitalAnalytics in the UK and Germany, who is celebrating his #workanniversary! We hope that you will have many more exciting milestones with Digital Republic. #recruitmentlife #digital #recruitment #success https://t.co/w4k9CBYqMR 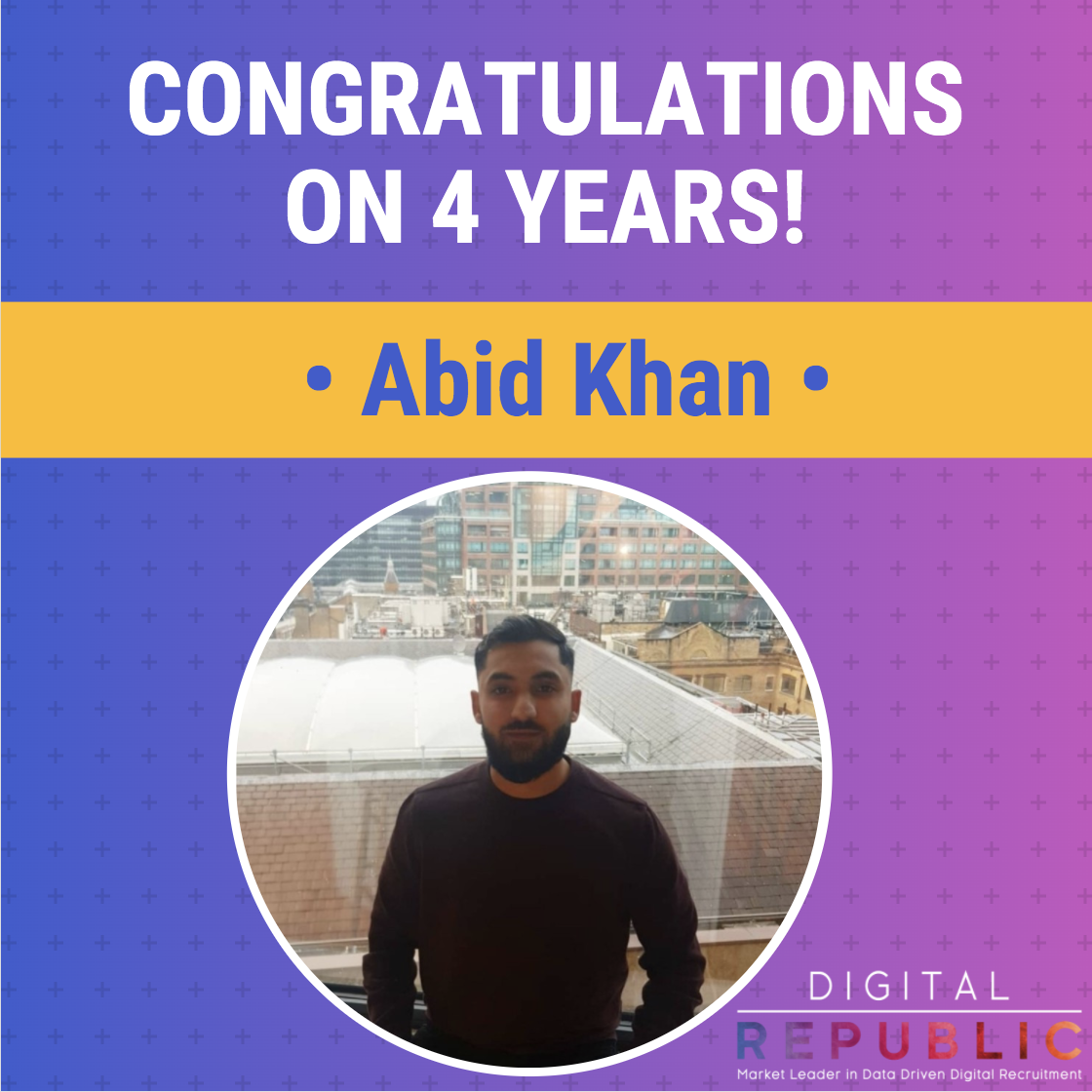 #Digitaladvertising will account for more than half of global #adspend in 2020 due to a shift to #digital platforms driven by a global lockdown, according to recent @zenith study. Find out more interesting stats: https://t.co/aHmZuqIgNg #advertising #marketing #digitalads #ads https://t.co/A4IcoJY9o6 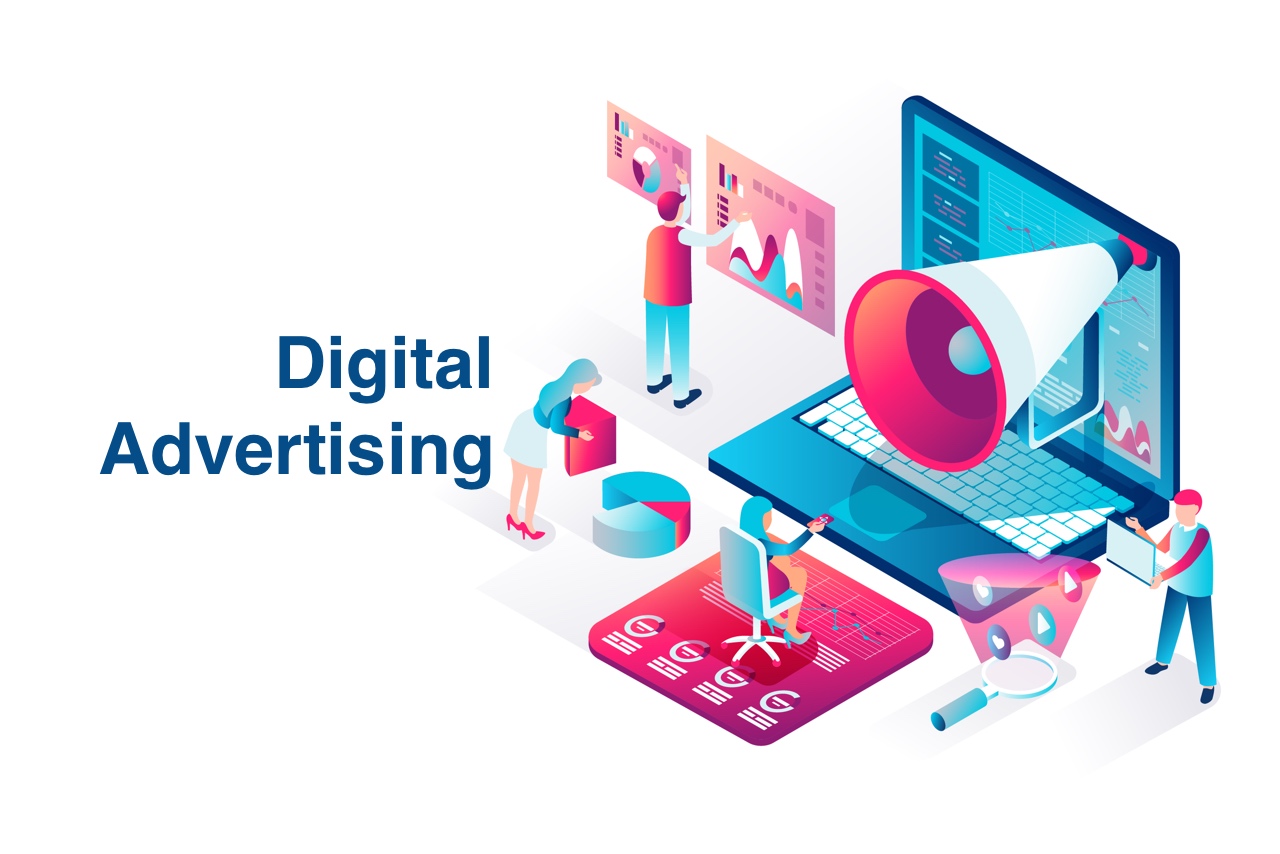 @McKinsey: Inclusion at work doesn’t just happen; it requires sustained effort—especially when teams are working remotely and under more stress than ever. Here are seven steps leaders can take to strengthen #inclusion in their teams: https://t.co/DZgUcyDaQ7 https://t.co/sauxwTlAGR 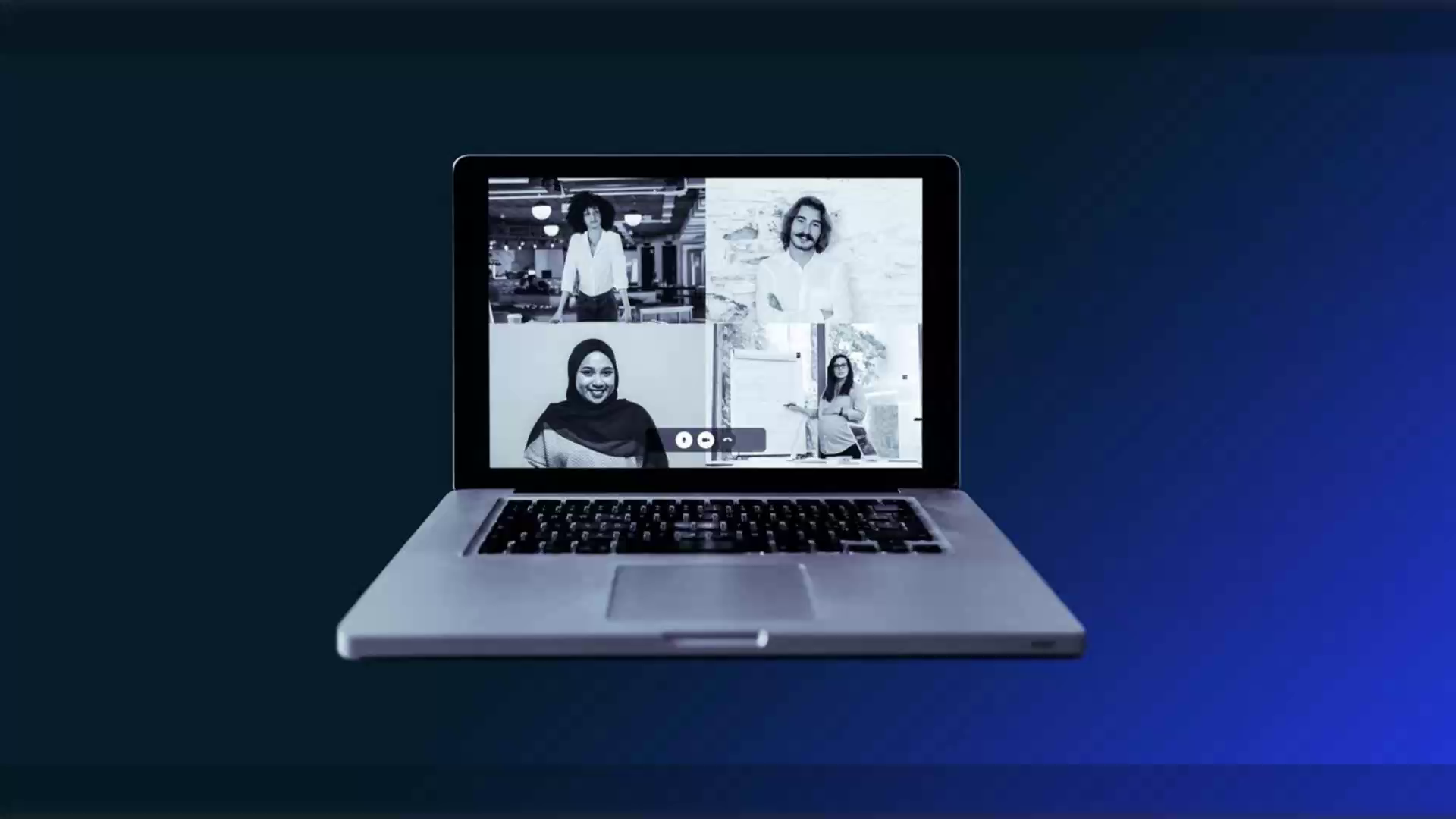 Digital Now More Than Half Of Global Adspend

Digital advertising will account for more than half of global adspend in 2020, thanks to a shift to digital platforms driven by lockdowns around the world, according to Zenith’s latest Advertising Expenditure Forecasts. The media agency already predicted digital would hit this milestone by 2021, but it has now revised its forecast for digital’s share of the

Many predicted the next economic recession was on the horizon. Rumours of the next downturn began months before the first reports of coronavirus made headlines. In 2019, factors such as the U.S.-China trade war and uncertainty in the European Union pointed to a potential slump. The experts said that a business slowdown was basically inevitable

A boom in misleading ads promoting coronavirus cures and treatments online has led to big changes for the UK’s advertising watchdog – which has been forced to rethink its priorities quickly in light of the ongoing global pandemic. Like many media regulators, the Advertising Standards Authority (ASA) is often faced with criticism about the speed